The robots get their gears oiled in the weekend nights.. and they do so at Clarke Que! This is the nighclub hub of Singapore and an overly posh area. There’s a canal dividing the clubs from the MRT station and the relatively more posh hotels to stay at Clarke Que Central. I went to some of my friends here at one weekend .. we hung out on the bridge. There was (outrageously priced)beer,coke, pipes, music, light and lotsa hot girls and overly funny people around. Here are some pictures of that.

expats and hot girls. the movers and shakers of night.

a little intro to our group:

dan, dana and me 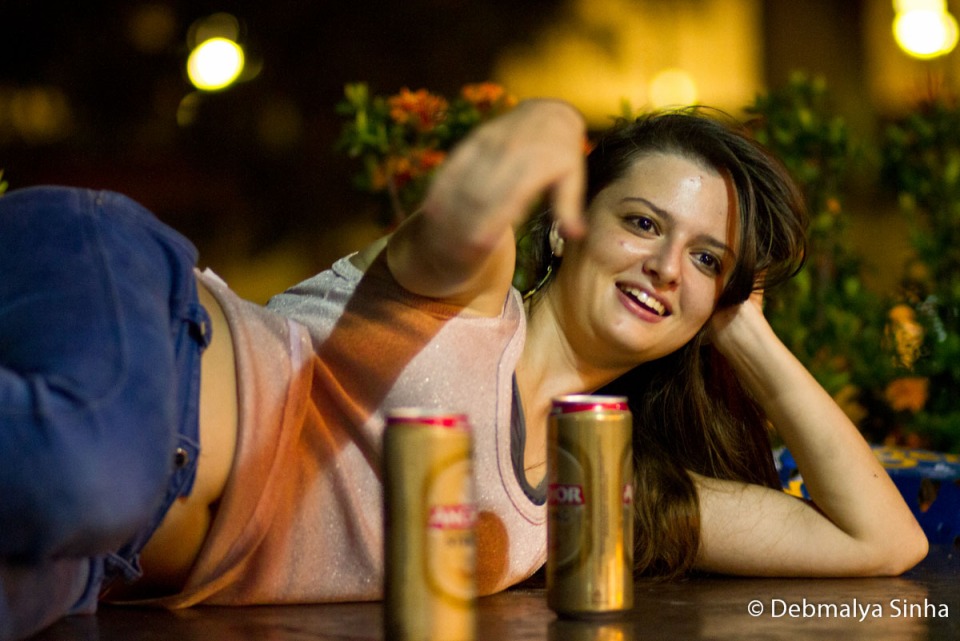 those boots are made for.. walking? 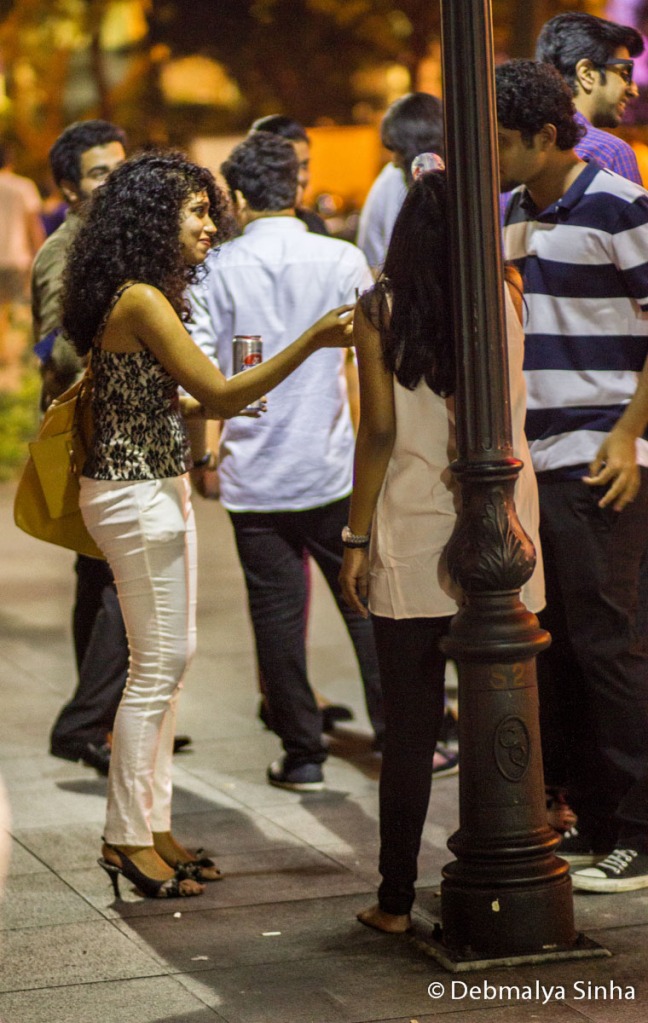 dana’s shot. she thought she had nice figure 😛 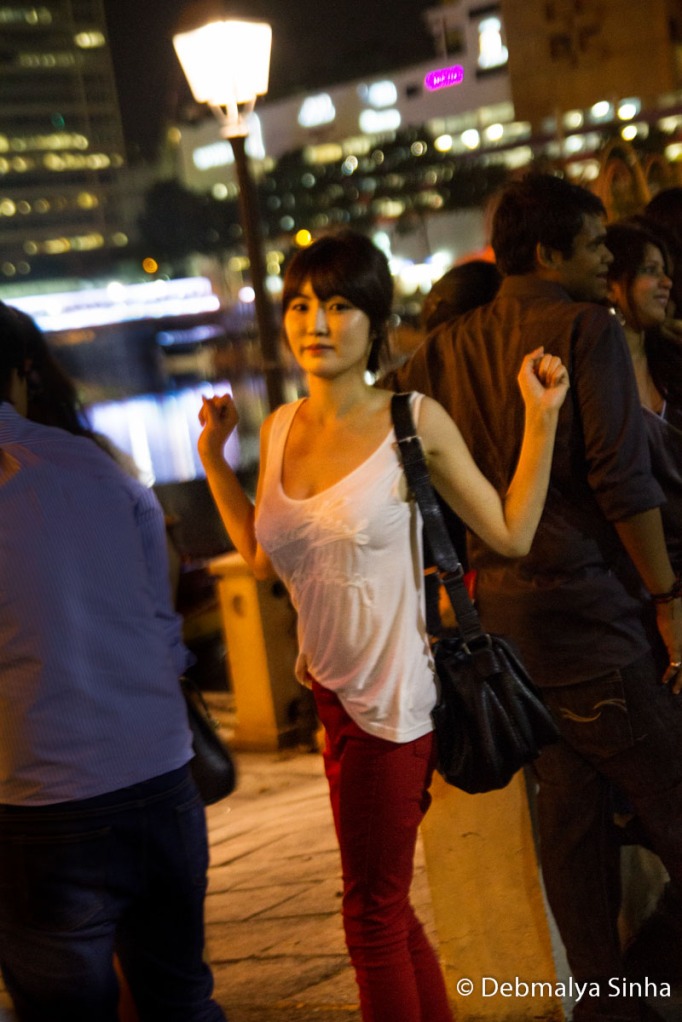 at this point, our drinks ran out. so we went to buy the over expensive stuff ..

at the beer shop, Indian beauty.

when i got back with dan, we saw dana and gabor isn’t there! so we crossed the bridge to go towards the clubs:

lost among all the red

Well, we didn’t really found them then, but I saw a belly dancer lady performing at a bar. 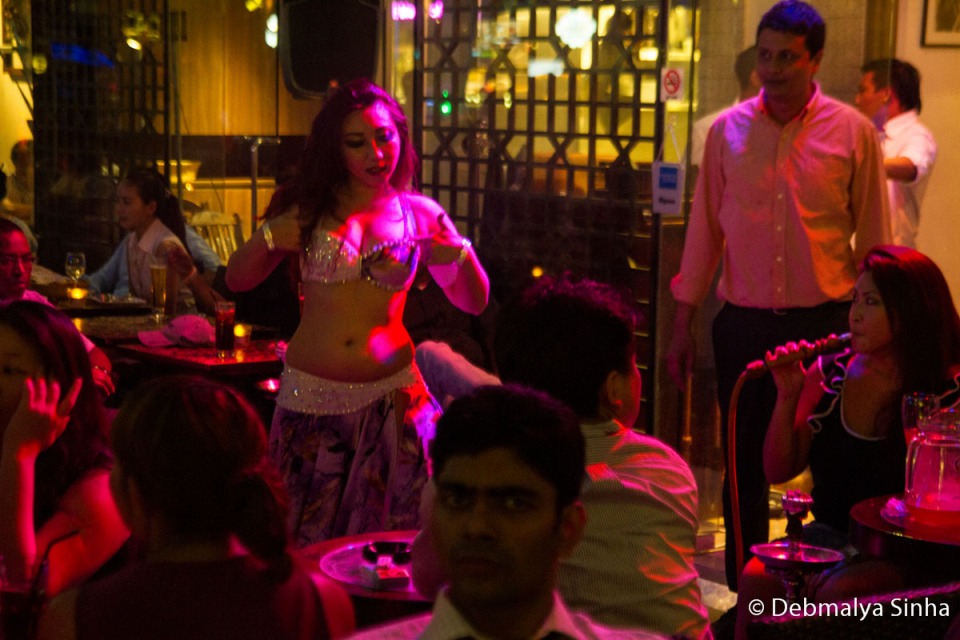 Belly Dancing at a pub

after her moves, suddenly, one lady (customer) got up and started dancing with the tunes. i quickly took a short video of that 😉
please visit: Belly Dancing at Clarke Que

after this, we found gabor and dana at the bridge again, having a little party with a bunch of Japanese guys:

and then, all eyes turned to her.. 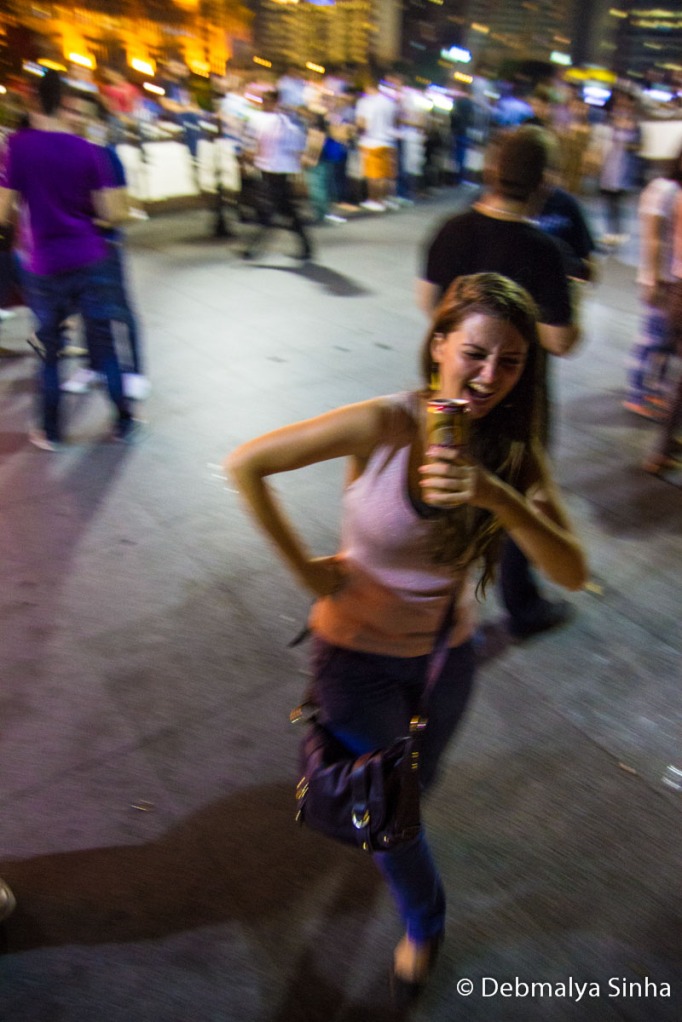 a bizzare idea has come to her mind.

dana trying to convince her for her facebook profile;) 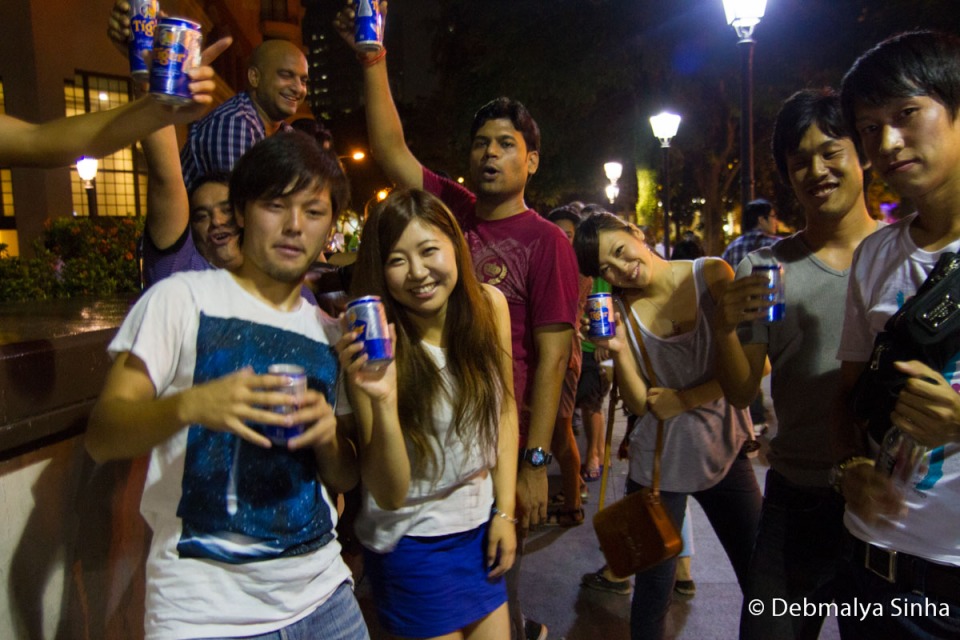 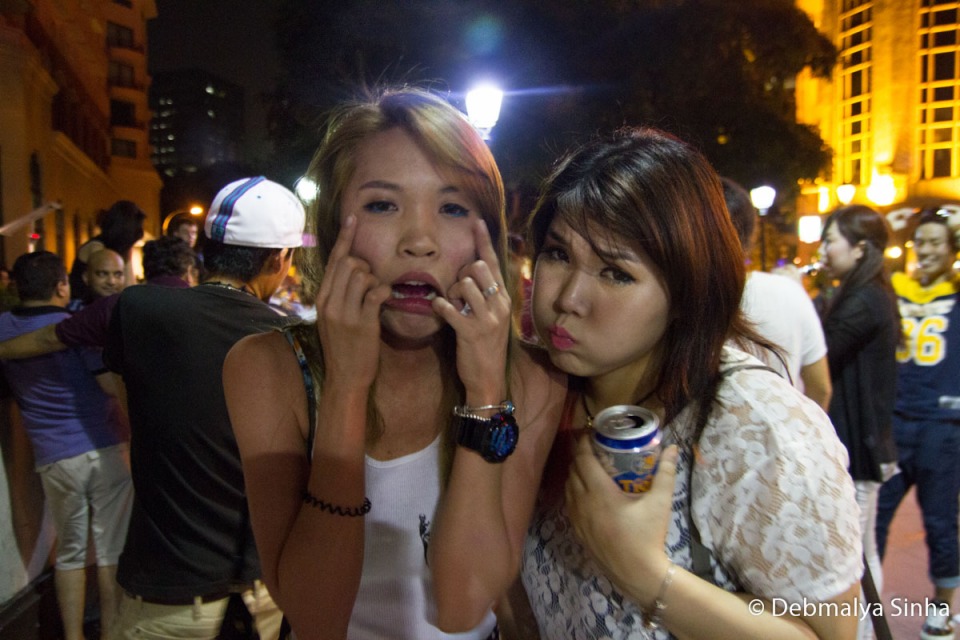 i have big, japanese eyes.

at this point i saw many old people collecting the crushed beer cans. they’ll probably sell them in the morning to buy food for their family. just like any society, stark contrast between who has everthing and who doesn’t get to eat.

meanwhile, old people like this man kept looking for crushed beer cans.. to sell them in the morning to buy food for family. 🙂 stark contrasting Singapore.

the party was almost over.. these are the last few shots before we boarded a taxi and got home.

enough for the night, at around 3 am we boarded the taxi.

inside the taxi.. on the way to home